My Favorite Apps for Curating the Perfect Instagram Feed 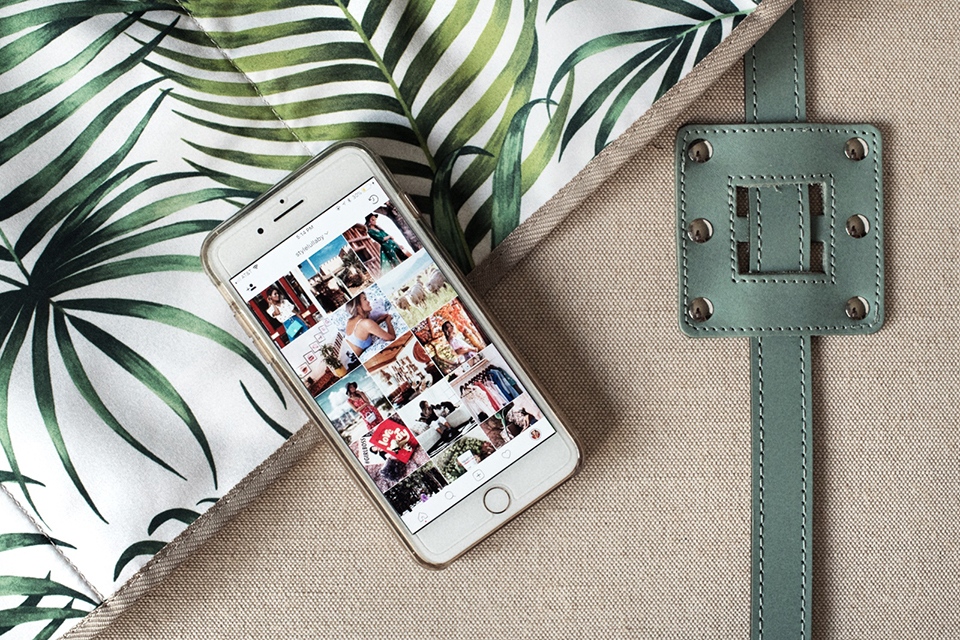 I’ve learned over the many years of blogging that curating an Instagram feed to reflect your personality and a certain theme takes a lot of meticulous work and dedication! Achieving consistency is another story, and something I’m still working on these days. While I have my ups and downs, I think I’ve finally found a style that speaks to me. Using certain phone applications have helped make planning and creating consistent content much easier. Since I get so many questions about photography and the tools I use to create my content, I’ll start by sharing which phone apps I use often!

Most of these apps are free and if not, cost just a couple bucks. Familiarizing myself with these have definitely helped me up my Instagram game. For all those wondering – I do not edit most of my photos; my boyfriend is a professional photographer & retoucher, so I usually leave that responsibility to him. However, we do have differing editing styles and tastes, so sometimes I’ll tweak the photo a bit to “fit my feed” so to speak. I’m no Photoshop master though, so these editing apps are game changers!

David isn’t a big fan of editing apps because he always prefers editing on the computer, but this one gets his approval. He even uses it when we travel and want to quickly get a photo up. Unfortunately, editing on a computer usually takes more time and effort, and isn’t convenient when you just want to post something on-the-go. Some of my favorite tools on Snapseed include “Tune Image,” “Selective,” and “Grainy Film.” 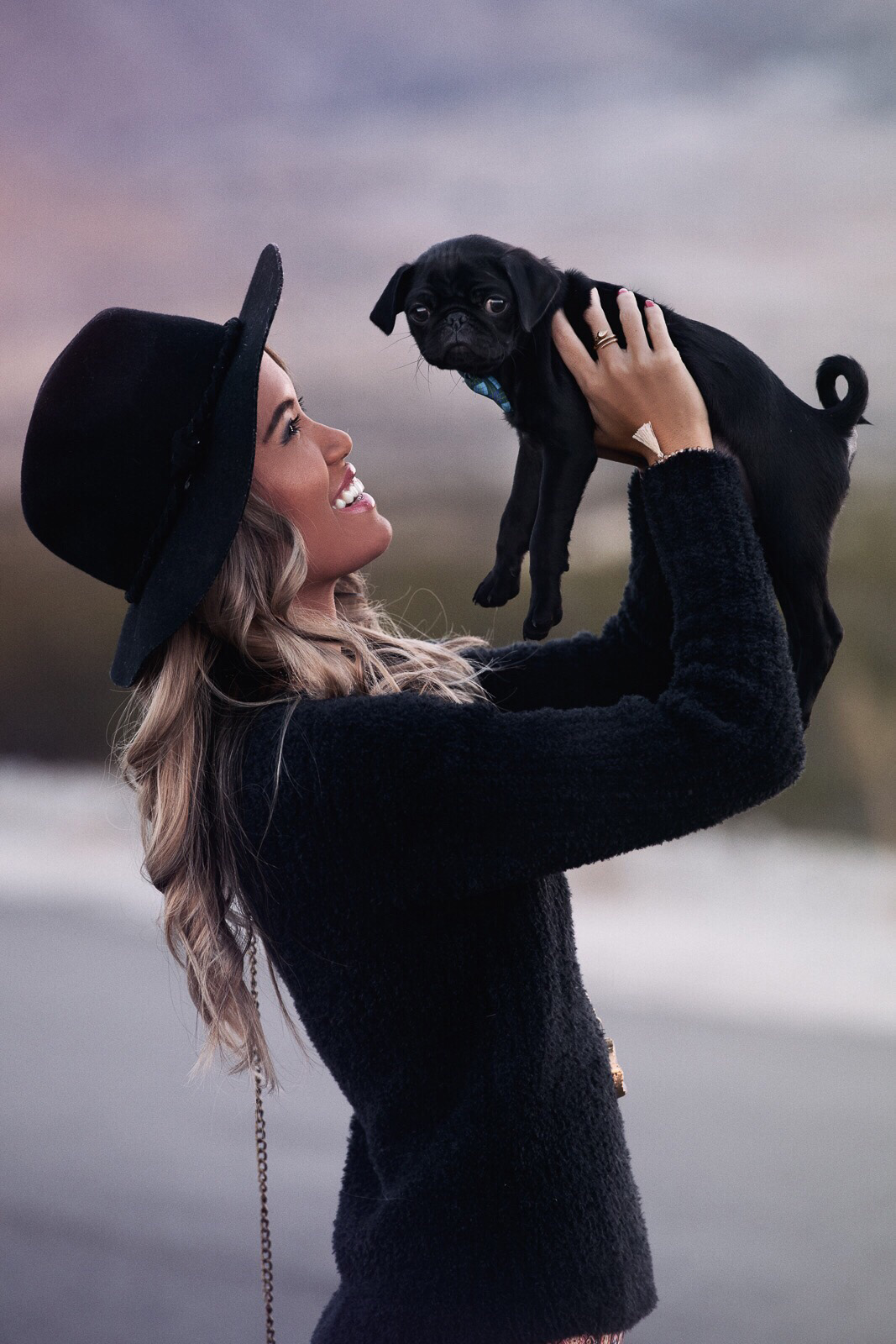 Used “selective” tool to brighten Rolly’s face so you can make out his facial features. 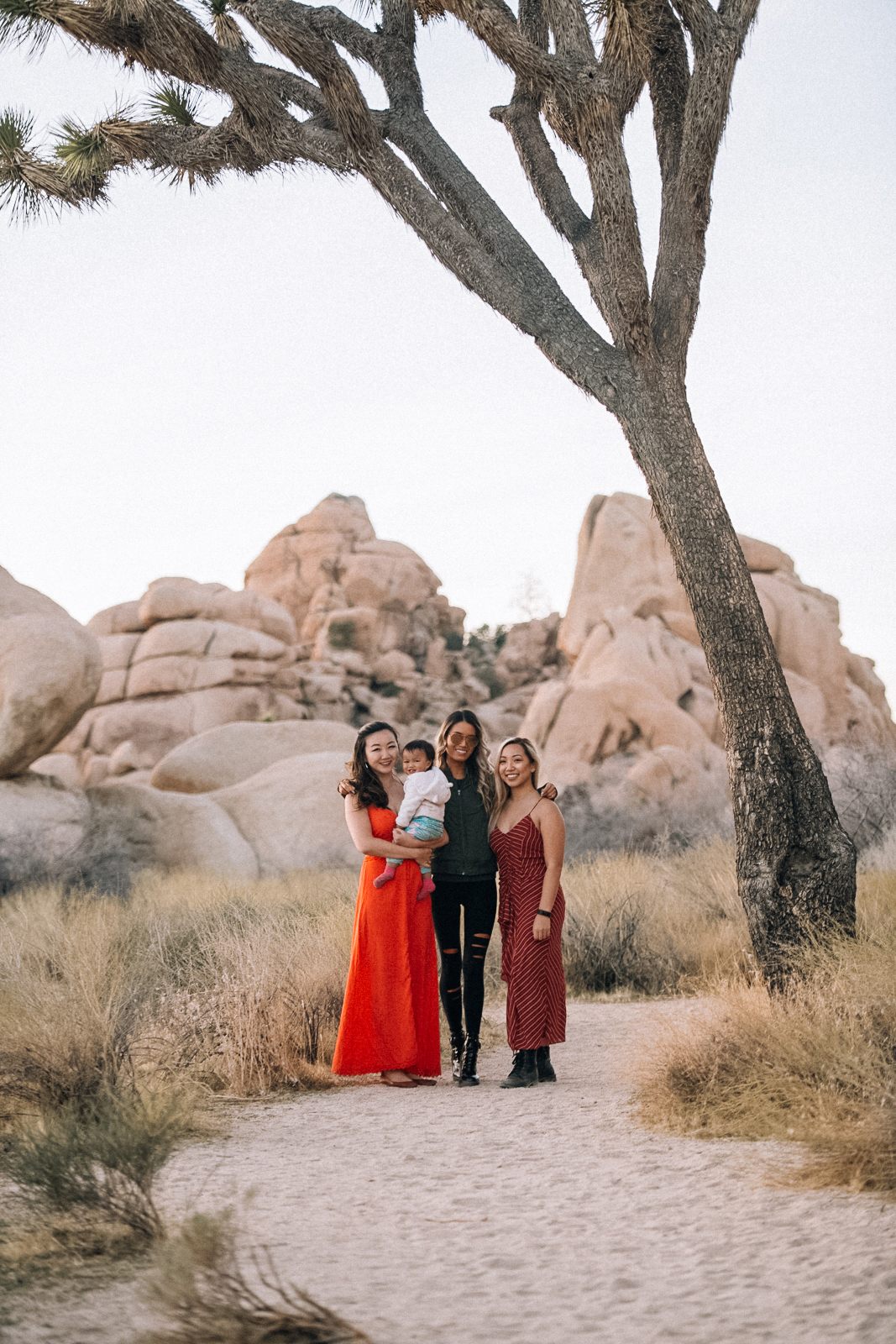 Tune Image – Use this to bring up or tone down brightness, contrast, saturation, highlight, shadow, warmth, and ambiance. I wish I had a special recipe to share with you guys, but I really just play with the dials until I reach something I like. In my older days, I loved saturation, contrast, and cooler tones a lot. These days I prefer a softer look, but not too muted to the point where there is no color. I’m also no longer afraid of experimenting with warmer tones. I generally prefer brightness over darkness, but am always careful about not brightening my skin because… well, that million dollar tan though. 😉

Selective – This tool is useful when there’s a specific part of a photo that’s too dark that you want to brighten. Whenever I take pictures with our pugs, I use this tool to brighten their faces specifically because otherwise they just look like black blobs (lol literally). You can also play around with contrast and saturation, but I personally mostly use this for upping the exposure on a darker part of a photo.

Grainy Film – Lately, I’ve been obsessed with that grainy film look. It’s like what they say – film is not dead, right? Snapseed surprisingly has a good variety of presets available and I love using the B and X series the most. I don’t have a particular one that I use across all my photos, because depending on the lighting conditions and what kind of photo it is, a certain filter may look better than another. It’s all about experimenting until you come up with something you’re content with. I love that I can adjust the amount of grain and the filter strength on the photo too. For grain, I usually keep it around 10-15 and filter strength at around 50-70 on average. 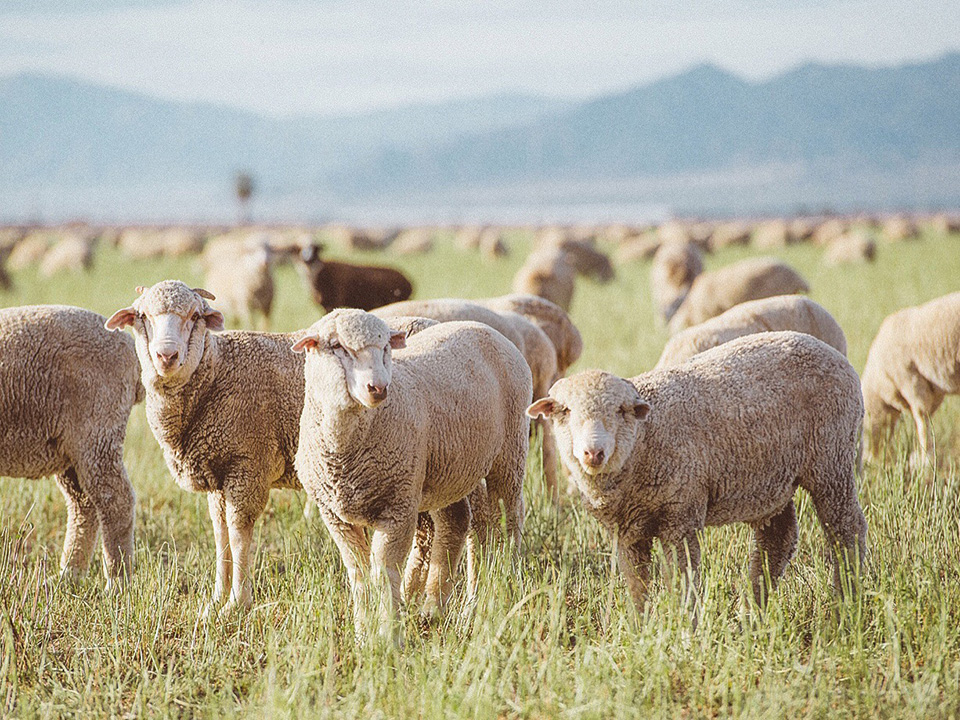 Ran a VSCO filter over this photo to achieve a light, airy feel. This was shot during the day, so it wasn’t too dark or anything to begin with. But, I also used some of the basic VSCO functions to adjust brightness, highlights, contrast, shadows, and warmth.

This was the first app I ever downloaded for filtering photos. It has similar features to Snapseed where you can tune the image but I prefer to use Snapseed for that. I mainly use VSCO for its filters, if none of the Snapseed filters seem to do it for any given photo. VSCO comes with a fair amount of free presets, and some available for purchase. I’ve done pretty well just using the free ones available. Sometimes if you’re lucky, they’ll have a special where you can download certain presets for free, that usually otherwise cost a few bucks. I pretty much use VSCO interchangeably with Snapseed. 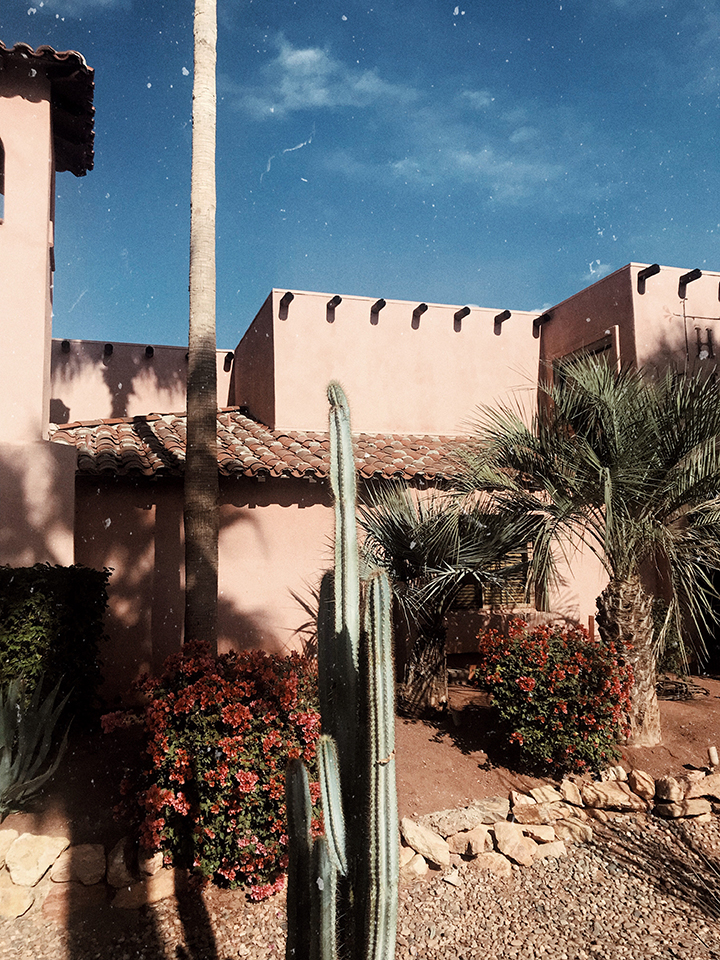 Added dust overlay to give a more retro film look to this iPhone capture. 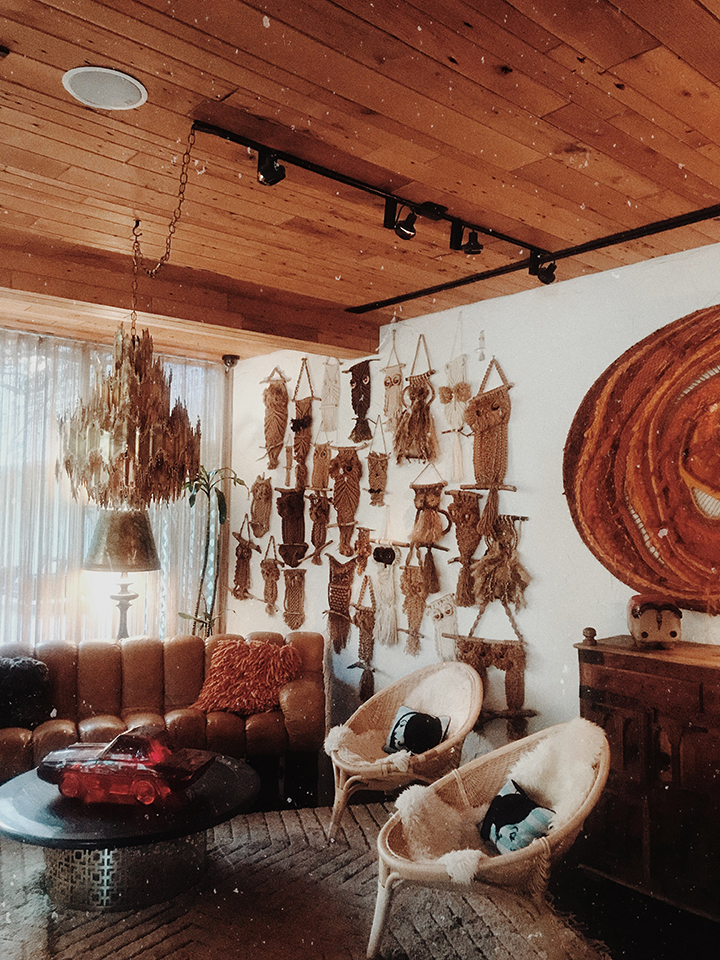 After making some basic adjustments on Snapseed, I added a final touch of dust on Afterlight.

Unlike Snapseed and VSCO, Afterlight is not a free app, but it is reasonably priced at $2.99. I mostly use this app to add special effects to my photos after editing on Snapseed or VSCO. That “dusty” look has really become popular on Instagram and I like using it on some of my photos, especially landscapes. David doesn’t like me adding this overlay to photos he edits of me because there’s no way to isolate the dust to only hit certain areas of the photo (or at least this is the case for the version I have). So, for photos with me in it, he adds dust in Photoshop where he feels makes sense. Otherwise, this app is great if you’re looking to add that dusty look to your photo on-the-go.

Ahhh, look what we have here. David’s most frowned upon app — Facetune. I have to admit that when I first downloaded it, I definitely had my days of overdoing it. It’s so easy to go overboard, so you definitely want to learn how to use this one wisely. If you aren’t familiar with this app yet, it also costs $2.99 but I’d say that it’s totally worth it for flawless skin and pearly whites. There are plenty of features on this app that others rave about, but I stick with two. Just trying to keep it simple because you know, gotta keep it real to an extent — without sacrificing aesthetic! 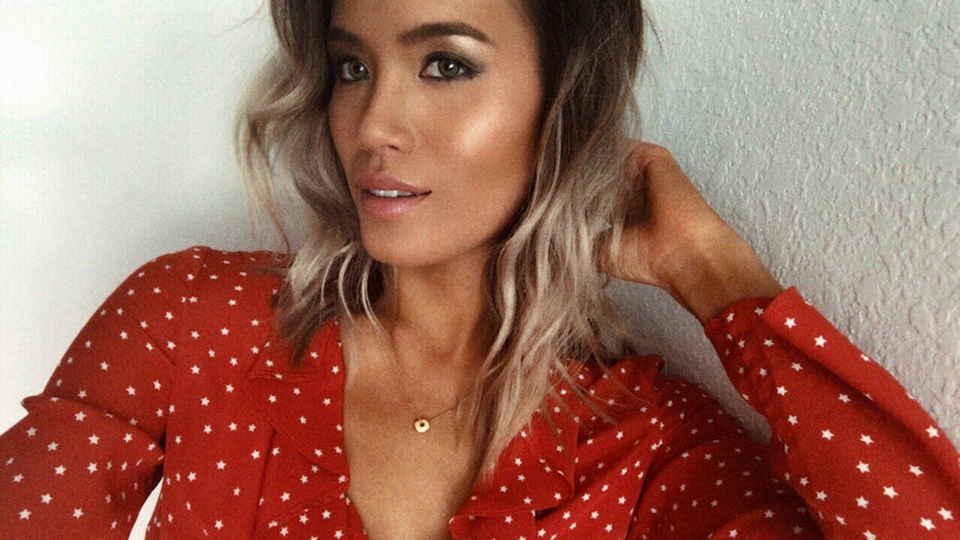 I rarely post selfies on my feed, but when I do, I lightly smooth the skin wherever needed (i.e. over a pimple, uneven skintone, etc.) on FaceTune & add some grain in VSCO to bring back some texture. This photo is by no means high resolution or of the same quality as my photos taken on David’s DSLR, but when it’s small on an Instagram feed it doesn’t look so bad occasionally 😉

Whiten – Use this tool to whiten teeth, blonde hair, or any white area in a photo that you want whiter. It works wonders getting rid of yellowish tones!

Smooth – If I’m editing a rare photo I got of myself on my phone, I’ll lightly smooth over troubled areas of my skin. Like I said, it’s super easy to overdo it and takes practice for your eye to finally adjust to what’s enough. Looking back at older photos from late 2016-early 2017, I definitely overdid it. When did I think that plastic, 100% poreless skin was ever attractive?! Yes, my boyfriend told me so but I refused to believe it. Luckily, people who have met me in person say I look just like how I do in photos, so I think it’s safe to say that I’ve gotten better about keeping things realistic (lol!).

Now that we have all my favorite editing apps out of the way, let’s talk about my favorite app for planning my Instagram feed! This one is a GAME CHANGER. UNUM is really similar to Planoly which I know many others love to use. However, I like that UNUM is free and easy to navigate. I haven’t had any complaints or a reason to pay monthly for an app just for planning my feed, so I’ve stuck around on the free plan. Long story short, you can pre-upload photos onto what would look like your feed on this app. This way, you can see what your feed would look like ahead of time, and you can move photos around like a puzzle until you find a happy medium. You can even write your captions out in advance, but I use it for feed planning purposes only. 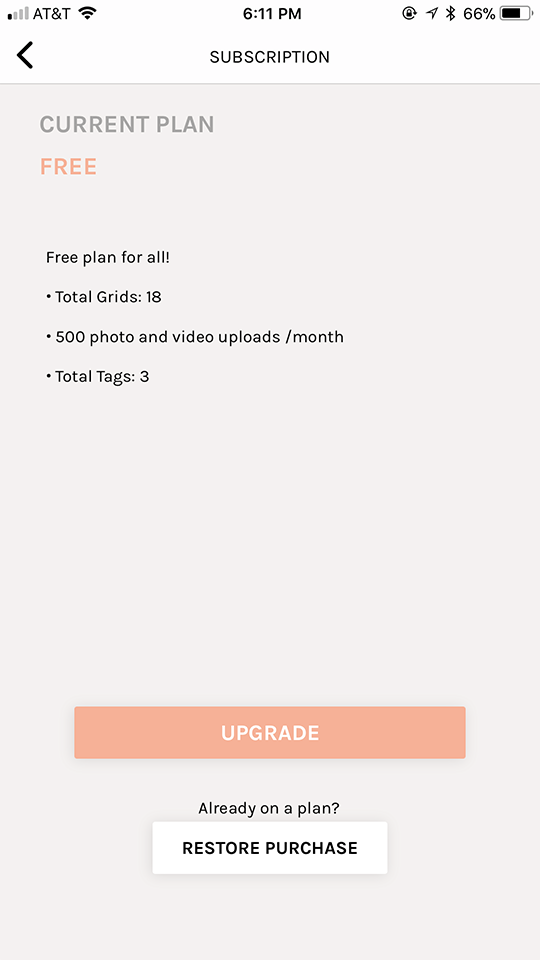 I am on the “free” subscription plan and it has done me pretty well so far. This plan allows users to plan up to 18 photos in advance which is plenty to work with. You have the option to upgrade to get more.

And there you have it — the top 5 apps I can’t live without when it comes to curating the perfect Instagram feed. I was going to go into some more detail about the things I keep in mind when I actually plan my feed on UNUM, but this post is getting a bit long. If you would like to learn more, let me know and I’ll do a follow-up post on that!

Do you use any editing or planning apps? Which ones do you love or hate? I’d love to hear about them 🙂 XO

Previous One Year in Palm Springs
Next I Got a New Bike! (& Things to Consider When Buying a Cruiser)

#ad Love is in the air 🤩 @stylevana_sv has all

Palm Springs living at its finest 😎 (thanks tru

#sponsored My #Clinique ID is customized to cater

AD - Starting the new year off right with @nemonic

#AD - In winter, my skin needs some extra TLC, and